Following our chat about Change Management a few months ago Ryan Ng, Business Psychologist from TalentIdentify, and I found ourselves chewing the fat again, this time on the subject of Culture.

At times I’ve found Culture to be a controversial subject, meaning different things to different people. I took the opportunity to ask a specialist…

A year or 2 ago, I was watching Cosmos on Netflix and a point was raised about the difference between weather and climate and why we shouldn’t confuse the two. This struck me at the time as a great analogy for employee engagement (as comparable to weather), and culture (as comparable to climate).

Climate and Culture are long-term concerns; changes often being imperceptible in the moment. Weather is driven by climate and is more visible—and as climate change happens—becomes more unpredictable.

Do you think this analogy between Climate and Culture stands up?

It’s a great analogy. With engagement, like the weather, you can generally answer the question of “Is this person engaged?” quite accurately and quickly. Are their head, heart and soul engaged in the moment, or are they withdrawing and just doing what’s necessary?

Hence, like the weather; our level of engagement is an experiential state that fluctuates frequently, even multiple times in a day. As a result, people can often perceive differences in engagement more easily. For example, you might see that “Sarah was shooting off ideas and really in the zone an hour ago, but now she seems to be sitting in her chair, bored”.

We know that the weather is influenced by the climate of a country. In a similar way, Engagement is influenced by Culture, which is defined as what a group of people share in terms of values, beliefs and norms. So, like the climate, Culture is more an environmental phenomena that is long-term and hard to assess, unless you know what you are looking for.

Even the tools we use reflect that analogy. Most will also find it quite a challenge to accurately measure or influence culture without the necessary tools or knowledge. That’s another parallel to the climate; According to NIST.gov, “Climate is the average weather usually calculated over a 30-year time period for a particular region and time period with the use of specialised tools.” Culture in general, very much parallels this process.

Do you think that we often mix up Engagement and Culture? What are the implications of doing so?

Confusing engagement and culture is like confusing weather with climate. As to why we shouldn’t mix up weather and climate; It’s the difference between “What’s the weather like today?” vs “What’s the climate like here?”. Which is more likely to affect your decision to move to a country? I would think you wouldn’t decide based on the day’s weather.

In an organisation, you would be asking instead, “how’s engagement today?” vs “What’s the culture like?”. People don’t tend to talk about weather change (unless they’re English – TC), they talk about climate change. Just like the climate impacts weather, Culture will impact Engagement. If you don’t feel like you align with the culture, you’re less likely to be engaged.

That’s a great point you raise and touches on something we’ve talked about a lot. You see “culture” raised a lot in employee engagement survey responses and I’ve often thought that, if you ask 100 people what culture means, you’ll probably get 100 different answers.

Asking one person “what’s the culture like”, when the definition itself seems nebulous and potentially quite subjective might be a little risky?

As you might imagine, I’ve asked many people what psychology means. All sorts of answers come back at you; reading people’s minds, treating mental illness, analysing or counselling people…

But ask psychologists instead, and you’d learn quick that “psychology is the science of mind and behaviour”, whether applied to different areas such as clinical, business, educational, or sport.

So yes, Culture can be nebulous and subjective; if you asked businessmen, engineers, data analysts, or the general population. It can also be very clear and discernible; if you asked people who study and specialise in culture, like anthropologists and psychologists specialising in culture.

What’s concerning is, the largely intangible nature of culture means anyone can define it to be anything – without realising they’ve actually been referring to something else instead. So, there’s a danger for organisations who start pouring money and resources into trying to change the weather (Engagement), when what they really mean to target is climate (Culture).

Which brings me to a point we spoke about a while ago: that there’s no such thing as Bad Culture, just misalignment. This feels like it could be controversial. Have we hit on something or do you think there is a means to objectively measure “good versus bad” culture?

I’m curious to hear your thoughts on this. It’s all too common to see posts on LinkedIn about how a certain kind of culture is good, or advertisements for culture surveys that claim to avoid toxic culture. What do you think of the concept of good or bad, when it comes to culture?

As an example, I’ve spent a bit of time in sales over the years. One place (from the period before my Linkedin profile, I must be clear) had what I would call a toxic masculine culture…

…there were very “alpha” behaviours from the department head, as well as from the most prolific sales people (many of whom had clearly been hired in that department head’s image).  In our area there would have been less than a handful of female employees.

I personally found aspects of the culture extremely challenging—frequent, openly misogynistic comments and conversations and even the occasional hint of casual racism.

Others would argue that this behaviour wasn’t causing any harm—that the “banter” helped the team deal with stress; all the better for them to hit the numbers.

If you asked me “what’s the culture like?”, I would have been scathing in my response. Yet if you asked most of the others, they would have given you an entirely different appraisal. They had been hired for their sales skills and cultural fit and were smashing their targets. On paper, everyone’s happy.

…could I objectively call the culture “bad”? Isn’t the issue in fact more about misalignment between my values and those of the broader team? In my mind, this places the onus on me to recognise this and look for employment elsewhere, where I might find a better fit.

Many of the traits associated with success in a job, whether it be sales or finance, are doubled-edged.

Sales managers want people who are adaptive and can switch to what the audience requires, as well as people who are opportunistic and can take advantage of a deal. Yet to some, or depending on the situation, these traits can also come across as “questionable” and undesired.

Take two salespeople. Both might be extroverts in all senses of the word, and at first seem very similar, yet you may come to realise actually don’t care about the same things. Often, this is a case of leaders and managers hiring for personality fit whilst thinking they are hiring for culture or values alignment. The former, personality, is behaviour driven, and the latter is goals driven.

Hiring based on surface traits can also very often lead to surprise or disappointment later when you discover that both parties want and expect very different things.  It’s much like relationships that don’t quite work out long-term, which many of most of us will have experienced and can draw parallels to. Is the culture fit of any one person good or bad? Or perhaps they are just more suited somewhere else? I’ll let you decide what ‘good’ or ‘bad’ means.

So, self-awareness is key? Understanding who we are and where our values will best fit. And for organisations, making hiring decisions based on the “right” factors?

People are often drawn to a company’s published values but don’t realise until too late that they are very different to their operating values. If companies can be honest about those operating values, they’ll probably have an easier time finding, retaining and developing employees who are more aligned. 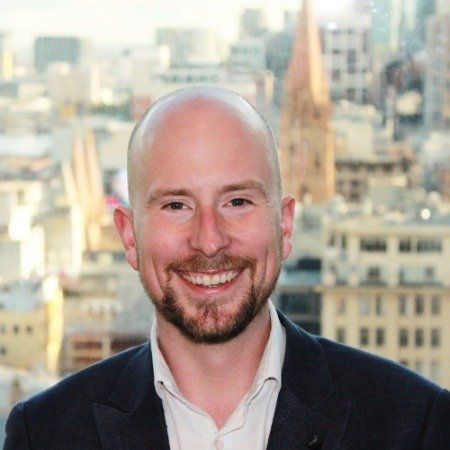 Tom is Evolve’s Head of Product Development & Innovation, and is a passionate advocate for people and customer experience, with a focus on unlocking the potential in others.

To date more than 30 million surveys have been created using Human Listening™.  It is the trusted platform used by local and global brands that demand the highest levels of resilience, robustness and data security.